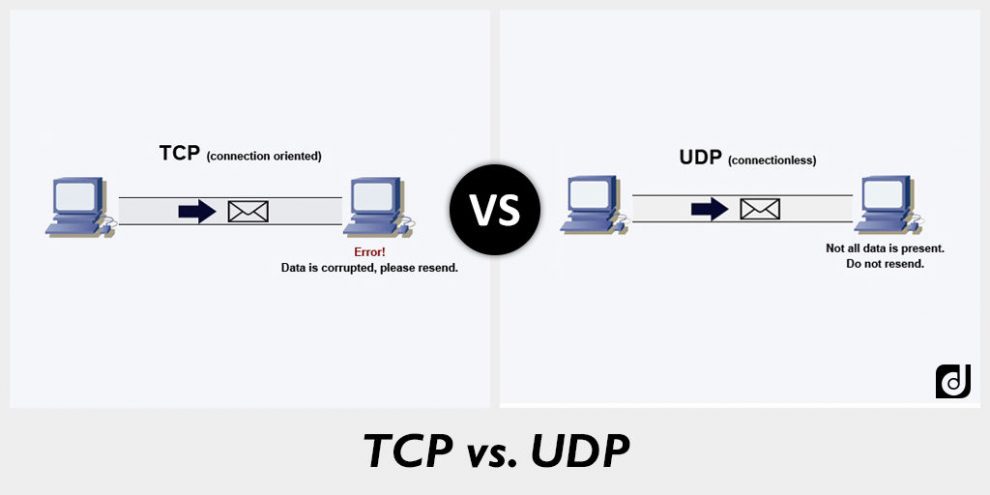 User Datagram Protocol (UDP) is an alternative communications protocol to Transmission Control Protocol (TCP), used primarily for starting low-latency and loss-tolerating connections between applications and the internet. UDP is also known as a “stateless” protocol, meaning it doesn’t acknowledge that the packets being sent have been received. Due to UDP working this way, it is typically used for streaming services. You may hear some break up in the audio or see some skips in the video, but UDP transmissions prevents the stream from stopping completely.

Transmission Control Protocol (TCP) is a standard that defines how to establish and maintain a network conversation through which programs can exchange information or data. TCP works with the Internet Protocol (IP), which defines how computers send packets of information to each other. TCP is widely used for its reliability, ordered nature, and error correction. TCP is used for a variety of things, like email, file transfers, and any other operations where error-free data is more important than pure speed.

To learn more about Transport Protocols and UDP vs. TCP, watch this video: