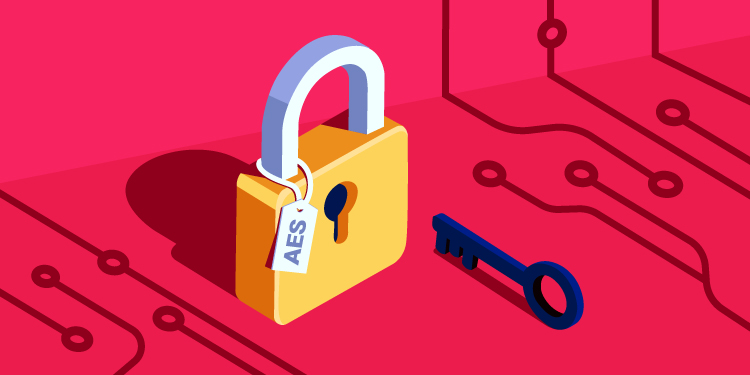 AES Encryption, also known as Advanced Encryption Standard, is a symmetric block cipher used by the U.S. government to protect classified information. In 1997, the National Institute of Standards and Technology (NIST) commissioned the development of an encryption replacement for the Data Encryption Standard (DES), which became vulnerable to brute force attacks with increases in computational power. A contest was held, cryptographers made proposals, and NIST eventually crowned AES the winner and the new encryption standard in 2001. AES won because it was a computationally efficient encryption algorithm that improved on security and encryption speed enormously over DES, 3DES, and rival proposed algorithms.

AES is implemented in both software and hardware throughout the world to encrypt sensitive data. It uses block ciphers with various key lengths leading to greater strength and flexibility as computational power was predicted to increase in accordance with Moore’s Law.

Each cipher encrypts and decrypts data in blocks of 128 bits using cryptographic keys of 128, 192, and 256 bits, respectively.

There are 10 rounds for 128-bit keys, 12 rounds for 192-bit keys, and 14 rounds for 256-bit keys. A round consists of several processing steps that include substitution, transposition, and mixing of the input plaintext to transform it into the final output of ciphertext.

The end result of these computations is encryption that today remains largely unbreakable by even supercomputer resources. However, in the future, quantum computing gains may require increases in key lengths and possibly a change in the algorithm to continue to secure data requiring encryption.

SMBs or MSPs may fall under legislative controls such as CMMC. HIPAA, or PCI, all of which require specific forms of data encryption. Examples of these legislative requirements include individual healthcare records under the Health Insurance Portability and Accountability Act (HIPAA), Credit Card PAN information under the Payment Card Industry Data Security Standards (PCI-DSS), Controlled Unclassified Information (CUI) under the CMMC legislative controls, and even Non-Public Personal Information (NPPI) under the General Data Protection Act in the EU, or here in the US, the California Consumer Privacy Act.

One strategy for SMBs to deal with industry compliance requirements is NOT to have such data in their possession, to begin with. For example, PCI compliance obligations can often be avoided by partnering with an online Payment Service that performs the Credit Authorization outside of your control and simply provides an approval or authorization code back. However, in cases where an SMB/MSP must collect and store critical and sensitive data, then they must protect it with encryption. Today, that means using the Advanced Encryption Standard (AES) encryption, currently the most powerful algorithmic way to produce one-way functions to protect your data from compromise and exposure.

SMBs/MSPs should encrypt laptops and tablets with Microsoft’s BitLocker or Apple’s FileVault to protect the critical and sensitive data they contain from compromise. This limits a stolen or lost device to a financial loss or cost instead of larger financial fines from a breach of regulated critical or sensitive data (HIPAA records, PCI, or CMMC).

As with physical keys, logical key management is important. Be certain you store decryption keys in a secure place, not on the device for which the key decrypts the data itself. Make sure you protect the use of the key with a strong, long, and unique password, stored in a Password Manager which itself is similarly protected with similar password controls AND two-factor authentication. Beyond encryption and key management, companies can do the following things to further protect themselves from compromise.

The recommendations below will help you and your business stay secure with the various threats you may face on a day-to-day basis. All of the suggestions listed below can be gained by hiring CyberHoot’s vCISO services.