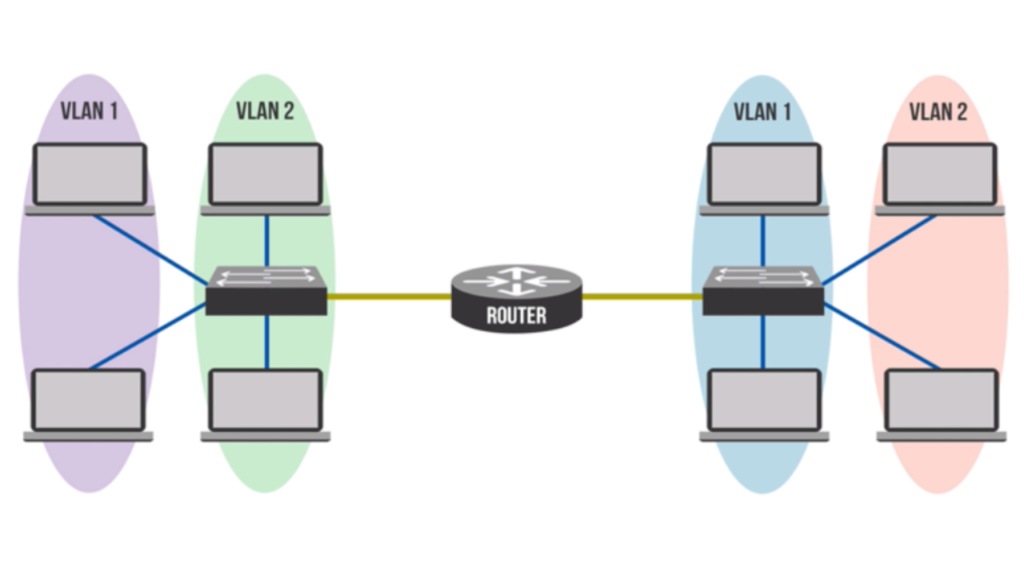 Private Virtual Local Area Network (PVLAN), also known as port isolation, is a network segmentation technology for layer 2 networks, which allows for separate sub-networks, or private VLANs under the main VLAN. By applying PVLAN in a shared network environment, it improves switch port security within layer 2 by only allowing those within a sub-network to communicate with each other.

In regular VLANs, users usually connect to different IP subnets. When we split VLANs using PVLANs, hosts in different PVLANs still belong to the same IP subnet but can be isolated by the local router from talking to one another. In turn, the router may either allow or forbid communications between PVLANs using allow lists.

When working with PVLANs, it’s important to understand the different types of Ports and VLAN types:

Promiscuous Port: This port type is able to send and receive frames from any other ports in the VLAN. It usually connects with a layer 3 switch, router, or other gateway devices.

Isolated Port: Existing in a sub-VLAN, the isolated port connects with a host and can only communicate with promiscuous ports.

Community Port: Community ports also reside in a sub-VLAN and connects with a host. However, it can only chat with promiscuous ports and other community ports in the same sub-network.

Within a private VLAN, VLANs are accessible in three types:

Primary VLAN: This type of VLAN refers to the original VLAN, which can downstream frames to all its sub-VLANs (secondary VLANs) from promiscuous ports to all the host-connected ports. 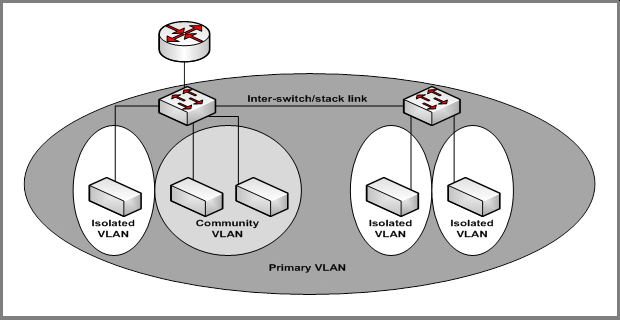 PVLAN is an important technology that allows you to easily segment your network. Segmenting your network can be very beneficial to your business’ security. Network segmentation helps limit the spread of malware, viruses, or even hackers because the internal trusted network is no longer flat and open. PVLANs help you accomplish a zero-trust network framework. For example, if a hacker gained access to your network through someone on your Finance team, the hacker would not be able to move laterally to another part of the network without compromising a host on that network and even then, only if the hacker can see or communicate with a host in the other isolated network, because the network is segmented.