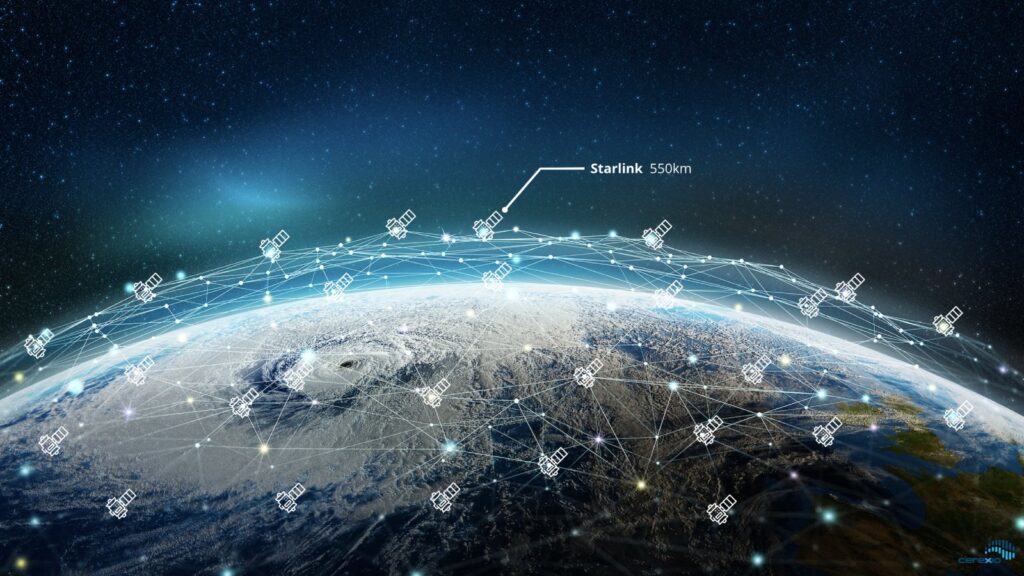 Starlink is a satellite Internet constellation constructed by SpaceX to provide satellite Internet access. The constellation will consist of thousands of mass-produced small satellites in low Earth orbit, which communicate with designated ground receivers. Starlink is headed by tech wizard Elon Musk, aimed to deliver “high-speed broadband internet to locations where access has been unreliable or completely unavailable”. It currently only operates for homes/apartments and isn’t mobile, but that’s expected to come in the near future.

Starlink has 60 satellites currently in orbit, with SpaceX indicating that it needs 420 satellites in the constellation to achieve minor broadband coverage of Earth, 780 to provide moderate coverage, and 1,600 to provide solid coverage all across the globe.

While Starlink itself probably won’t affect your business, it may be able to help you in your personal life. With a cost of approximately $500 for the Starlink Kit and $99/month for a subscription, it can give you access to the Internet in areas you weren’t previously able to. For example, if your grandparents live out in the country and have trouble getting high-speed Internet, they could buy Starlink. Once set up, they’d have reliable high-speed Internet beaming down from satellites.
As of right now, Starlink users aren’t able to purchase the package for their residence and promptly move, the Internet will not work due to the lack of resources currently available in space. Musk mentioned that in the near future (when more satellites are launched), Starlink users will be able to move and bring their Starlink with them wherever they go. With that said, you’d be able to bring your Starlink satellite receiver (just like a TV satellite) anywhere you go to get Internet access, including your grandparents in the country!

While Starlink is a novel idea and may or may not be available in your area just yet, there are other options that have been around for some time including Hughes Net satellite Internet services.

The primary disadvantage to these space-based solutions is the time it takes for packets to be sent and received.  These are not designed for Gaming that requires low latency communications or high-frequency trading.  On the other hand, they provide a robust method of access to the Internet for remote locations.

To learn more about Starlink, watch this short 5-minute video: