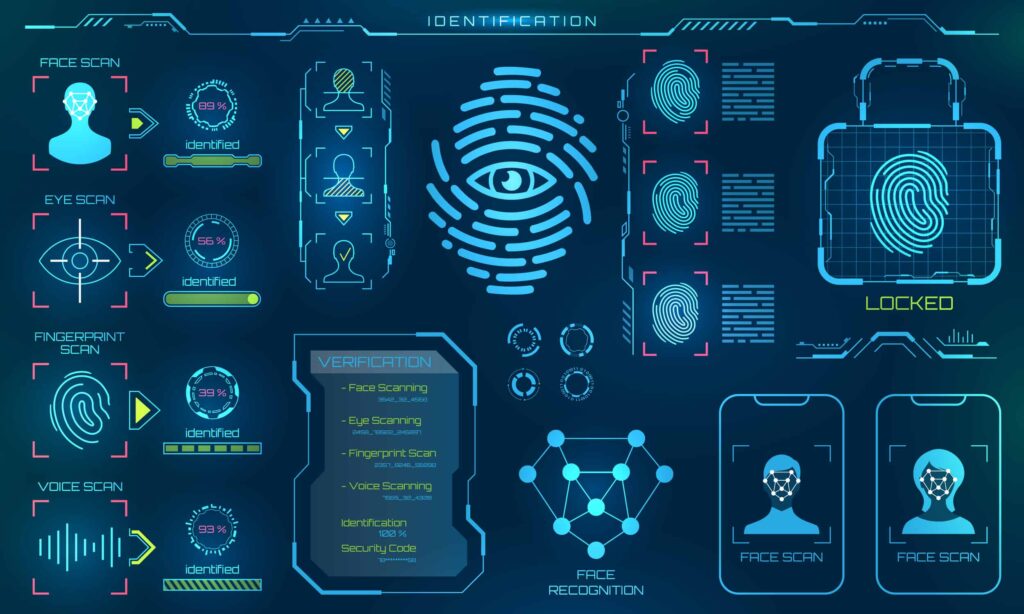 Biometrics identification refers to computer-based data that identifies a person based on unique physical characteristics and traits, including your face, fingerprints, voice, and even retinas (eye scans). Biometric identifiers (something you are) are one of three types of identifiers used in two-factor authentication schemes.

Unlike passwords, biometrics are much more difficult to exploit. Biometric identification is often used to grant user access to critical systems, devices, physical areas, and data.  For example, Citibank uses voice recognition while the British bank Halifax is testing devices that monitor heartbeat to verify customers’ identities. Ford is even considering putting biometric sensors in cars.

Biometrics are also incorporated in e-Passports throughout the world. In the United States, e-passports have a chip that contains a digital photograph of one’s face, fingerprint, or iris, as well as technology that prevents the chip from being read, and the data skimmed, by unauthorized data readers.

In a world increasingly under attack by hackers, proving your identity through the use of biometric identification is becoming increasingly common, sophisticated, and secure.

Biometric identification is likely already in use within your SMB.  Whenever someone stares into their phone to unlock it using their face, that’s biometric authentication.  SMBs can use biometrics to improve their security in a variety of ways. Physical access to your server room or privileged areas of your office can be restricted based upon common fingerprint readers. Likewise, authenticating into your computers to unlock it can be done using fingerprint 2-factor authentication USB tokens.  Allowing employees to setup and use facial recognition to unlock cell phones and iPad devices is another way in which to put biometric identification to work.  Overall, SMBs who adopt biometric measures as their second identity factor will greatly improve their overall cybersecurity program.

What Employers Should Know About Biometric Screening