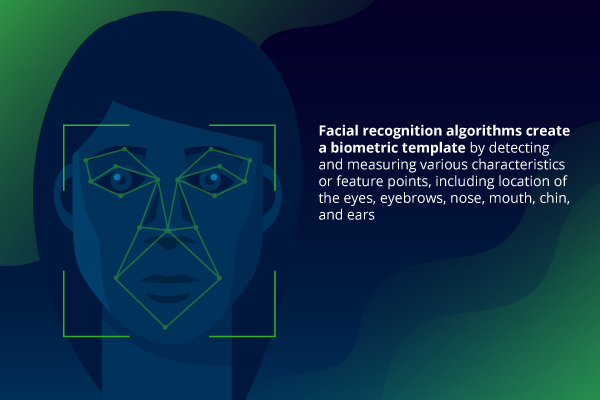 Facial Recognition is an increasingly effective and popular technology capable of identifying a person’s identity from a digital image or video frame. Facial Recognition works by matching facial features from an image source (CCTV cameras, still images, a person’s real face) to those same features stored within a database in near real-time.

Facial recognition technology has been adopted by some smartphone manufacturers (Apple) to authenticate users identity to the phone both to unlock the device but also authenticate into various applications such as Snapchat, Apple Pay, online banking and more.

Facial recognition technology is improving rapidly.  A new company by the name of Clearview AI, builds a robust database of facial identities rapidly and effectively for the broadest array of inputs including simple photographs of individuals taken from their social media pages. To this identity database, it adds public record information such as name, address, and phone number from publicly available sources such as Facebook, Twitter and YouTube.

The UK government has agreed to begin using this technology to find and arrest criminals in certain high crime areas of cities within the UK leading privacy advocates to raise alarm bells about privacy and social norms.

How Can Your Business Benefit?

Businesses and individuals benefit from this technology by improving their authentication security. Facial recognition software is being widely used on mobile devices to secure the device and some applications on the device itself.  Security experts have argued that Facial Recognition technology is better than most users poorly constructed passwords and so is an improvement in authentication and identity verification.

Detractors of facial recognition claim the invasion of privacy is real and cite the early adoption of this technology in high-crime areas of the UK as an example of the erosion of civil liberties.
Additional Reading:
NY Times: Clearview AI: A Secretive Company that may end Privacy as we know it.
Clearview AI has Amassed 3 Billion Photographs in its Database