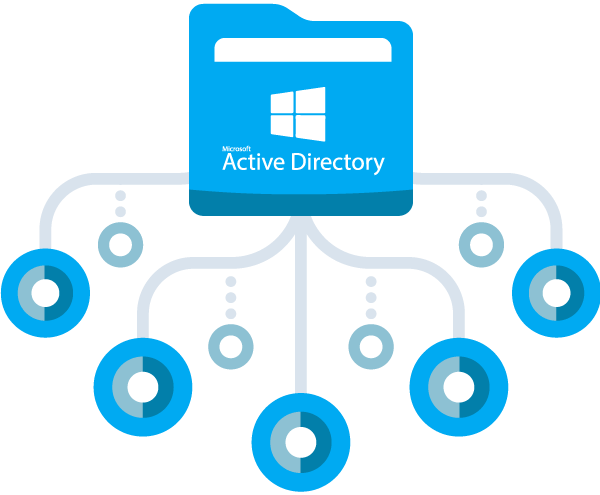 Active Directory (AD) is Microsoft’s proprietary directory service. It runs on Windows Server and enables administrators to manage permissions and access to network resources. Active Directory stores data as objects; a single element, such as a user, group, application, or device such as a printer. Objects are normally defined as either a resource, such as printers or computers, or a security principle, such as users or groups.

The main service in AD is Domain Services (ADDS), which stores directory information and handles the interaction of the user with the domain. ADDS verifies access when a user signs into a device or attempts to connect to a server over a network. ADDS controls which users have access to each resource, as well as group policies. For example, an administrator typically has a different level of access to data than an end-user.

An example of utilizing AD is when CyberHoot leverages Azure AD to make user administration considerably easier. Simply set up the details in the company CyberHoot site and manage users through Azure. Whenever an employee leaves or joins the company, they will be added or removed from Azure and it syncs with the CyberHoot platform to pull in or remove those users from the company training.

Most SMBs or MSPs should be familiar with Active Directory as it can help make their business more efficient and more secure. Setting up access permissions and implementing the Principle of Least Privilege through AD could significantly reduce your risk. It can also help with user administration complications, making those tasks easier and faster. Although, these recommendations aren’t the only things you should be doing, continue reading to learn our minimum essential recommendations.