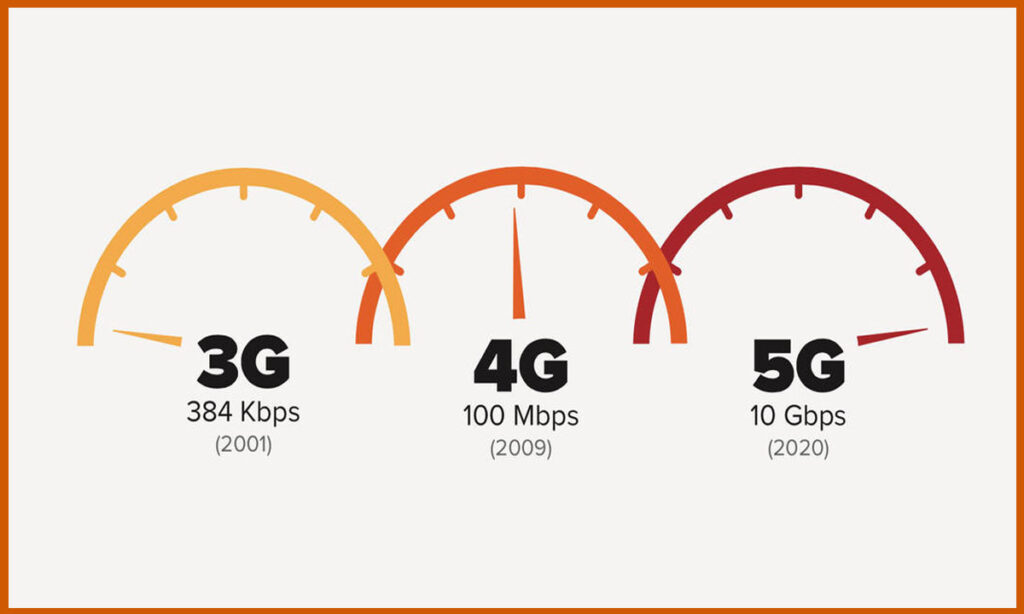 5G is the fifth generation of cellular data technology. It lives alongside 4G and related technologies, such as LTE. The first 5G cellular network was constructed in 2018, while 5G devices became public in 2019 and 2020. These networks are predicted to have more than 1.7 billion subscribers worldwide by 2025, according to the GSM Association. 5G includes faster speeds, lower latency, and greater capacity than previous networks. The maximum data transfer rate of 5G is 20 Gbps (2.5 gigabytes per second). That is 20x faster than LTE-Advanced, which has a peak download speed of 1,000 Mbps. 5G latency (connection speed) is estimated to be 10-20 milliseconds, compared to 4G’s average latency of 40 ms. The maximum traffic capacity of 5G is roughly 100x greater than a typical 4G network.

Put simply, the 5G network is significantly faster and more powerful than its predecessors. The network is anticipated to increase bandwidth, being used as general internet service providers for laptops and desktop computers, competing with existing ISPs (cable internet), and also will make possible new applications in the internet of things (IoT) and machine-to-machine areas. 4G cellphones are not able to use the new networks, which require 5G enabled wireless devices.

Are there any shortcomings to 5G? Well yes, there are.

5G uses Millimeter wavelength signals to communicate to your devices. These do not travel as far as older 4G networks making rural and suburban 5G networks difficult to build as more towers need to be erected to maintain connectivity.  Additionally, 5G communications are more prone to physical obstructions such as buildings and even trees. So, while the data downloads and upload speeds are much faster, this is only true if you’re in proximity to a 5G tower.

The technology will certainly help your business reach goals faster, but that doesn’t mean there aren’t any risks while using the new networks! It’s important to follow cybersecurity best practices when using your devices, especially those connected to the 5G networks. The following steps should always be taken by all users to reduce chances of becoming a victim of an attack:

To learn more about 5G, check out Bill Nye the Science Guy!

5G by the Numbers