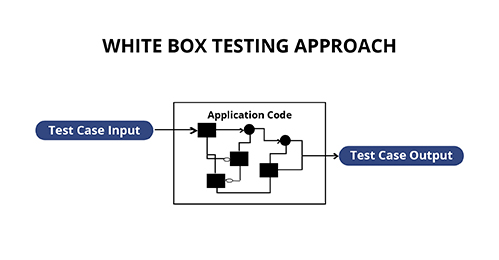 White Box Testing is a form of penetration testing  which tests internal structures of an application, as opposed to the applications functionality (also known as Black Box Testing). Programming skills are typically used to design test cases. The tester chooses inputs to exercise paths through the code and determine the expected outputs. White-box testing can be applied at three points in software testing: unit, integration and system levels.

Although traditional testers tended to think of white-box testing as being done at the unit level, it is used for integration and system testing more frequently today.

White box testing is something that can be used by any organization to test out their applications. This type of testing should be a part of any strong software development program. Its always better for an ethical hacker to find a critical vulnerability in your software systems than a malicious hacker who exploits it to gain system or network access.
Penetration testing can be pricey, but it can save your company money in the long-term by reducing the likelihood of a costly data security breach.

Learn about the differences between Black Box and White Box Testing in this 2 minute video: