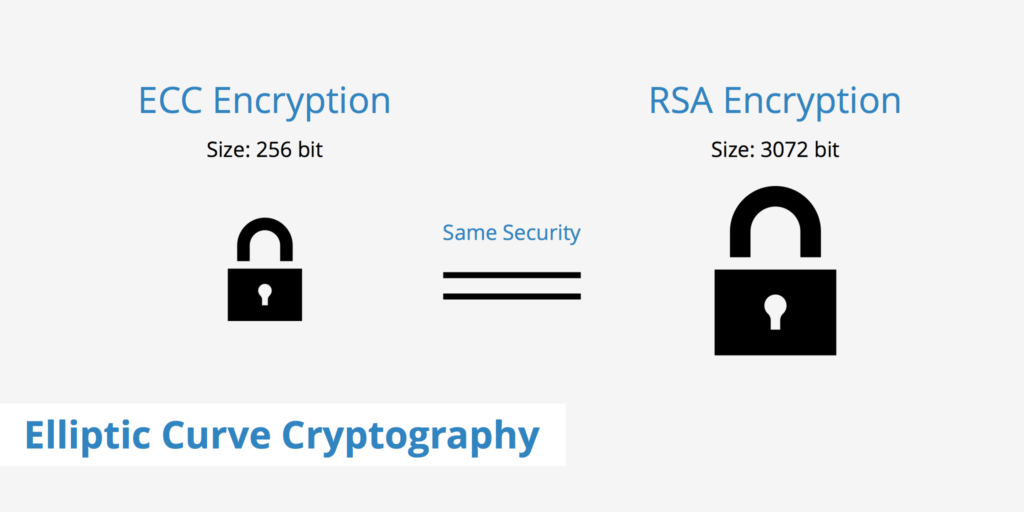 Elliptic Curve Cryptography (ECC) is a public key encryption method that is based on elliptic curve theory that is used to create faster, smaller, and more efficient cryptographic keys. Historically, encryption keys were generated through large prime numbers.  Prime number generated encryption keys have been replaced by ECC which generates keys through properties of the elliptic curve equation instead. ECC is known for being extremely efficient and more secure when compared to prime number or alternate methods. An ECC can yield a level of security using a 164-bit key that other systems would require a 1,024-bit key to achieve.

Related Readings: Can All Of Bitcoin Be Hacked?

A relatively Simple Explanation of ECC

What does this mean for a SMB?

If you would like more information on Elliptic Curve Cryptography, watch this 11 min video: