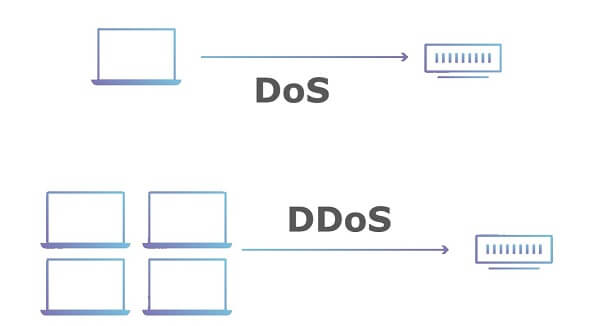 Denial of Service (DoS) is an attack that prevents or impairs the authorized use of information system resources or services. A DoS is simply when hackers try to prevent legitimate users from accessing a service by impairing the technology. Denial of service attacks are often done through a Distributed Denial of Service (DDoS) attack, using numerous systems to flood a server with data and traffic.

What does this mean for a SMB or a larger business?

A Distributed Denial of Service attack may pose a potential threat against gambling companies or other mid-to-large enterprises such as banks and defense contractors. DDoS attacks are rarely used against SMB’s unless they upset a hacker group. In other cases, one hacking group against another.  We are not saying it won’t happen, but the cost of protection is so great in many cases, the advice to an SMB is to know what it is, and establish a relationship with a DDoS protection vendor without paying for protection.  DDoS protection vendors include: Arbor Networks, AT&T, Verizon, and Akamai.  Mid-to-Large enterprises should have contracts in place to protect themselves in seconds when hit with a DDOS attack. SMB’s should not.

If you would like to learn more about this type of attack, watch this short video: