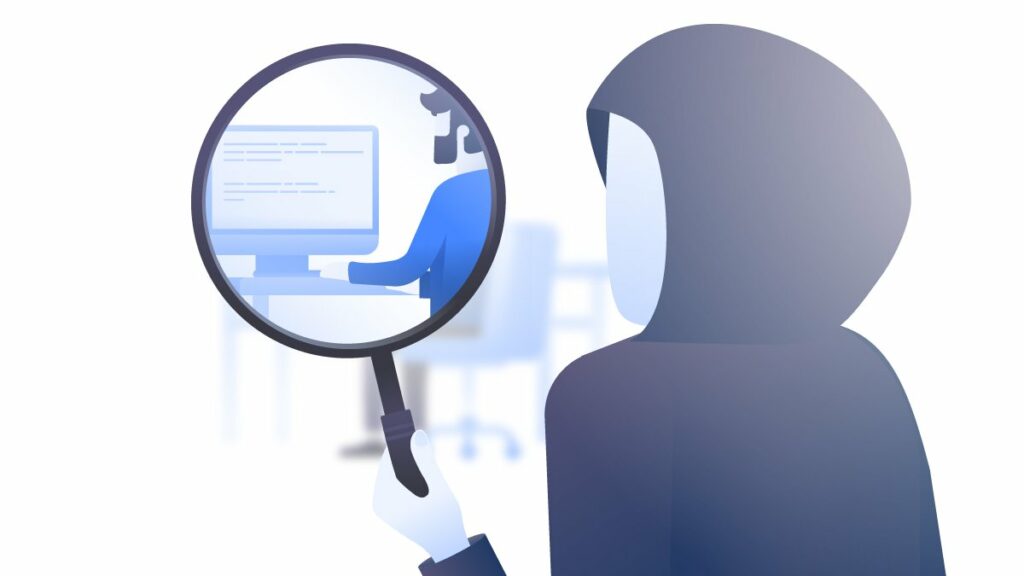 Stalkerware is a category of invasive applications running on computers and smartphones that send data from your device to another person (usually a hacker but often a significant other). Programs can be purchased online that enable unauthorized hackers to everything on your computer.  Think photos, text messages emails, individual keystrokes, apps you’re running, and even activation of your webcam without your knowledge.

Stalkerware is similar to spyware in the way that you are being watched without your consent, stealing your information to use against you or others.

How Does It Work?

When Stalkerware was just starting out it let users secretly intercept their partners’ emails, turn on their webcams and read chat conversations. The software came in an email, which told its targets to open an attached e-card. Now, hackers have designed this to work on phones, laptops, tablets and a host of other mobile devices too.

Although it’s illegal to sell apps that exist to secretly spy on adults, the laws governing these sales are narrowly tailored and let many app makers operate legally. It doesn’t help that law enforcement agencies struggle to effectively investigate when victims bring their devices in with concerns over Stalkerware due to lack of forensics training, tools, time, and resources.

The software has been used in the past for horrible reasons.  It has been linked to domestic violence and tragedy since its inception. Back in 2014, a Minnesota woman was stalked by her boyfriend which resulted in being held captive and assaulted for hours by the perpetrator. The attacker tracked her movements and listened to her through a microphone using Stalkerware. Being tracked with GPS is something that is hard to defend against and can be quite frightening to someone with a domestic violence past. Location tracking presents the most immediate danger to survivors of domestic violence.  Privacy violation of Stalkerware is also a major burden for targets, said Erica Olsen, who directs the safety net program at the National Network to End Domestic Violence. “There’s essentially nothing you can do with or around your device that doesn’t have the potential to be seen by somebody else,” she said.

Have They Been Able to Stop Stalkerware?

Lawmakers and legal experts have been calling for change in the laws to improve privacy, but it’s very challenging to stop the sale of the apps and catch the people who use them to secretly track targets. It’s often hard to detect Stalkerware on your devices.  The best thing you can do is defend against attacks like these.

What Can Be Done to Prevent Stalkerware?

Becoming 100% immune to Stalkerware is unrealistic, but cybersecurity experts recommend minimizing the risk wherever you can. Below are what CyberHoot recommends you do to defend against Stalkerware or other malware that can infect your devices or network:

Stalkerware Sees All, US Laws Haven’t Stopped Its Spread

For more information on Stalkerware, watch this 4 minute video: